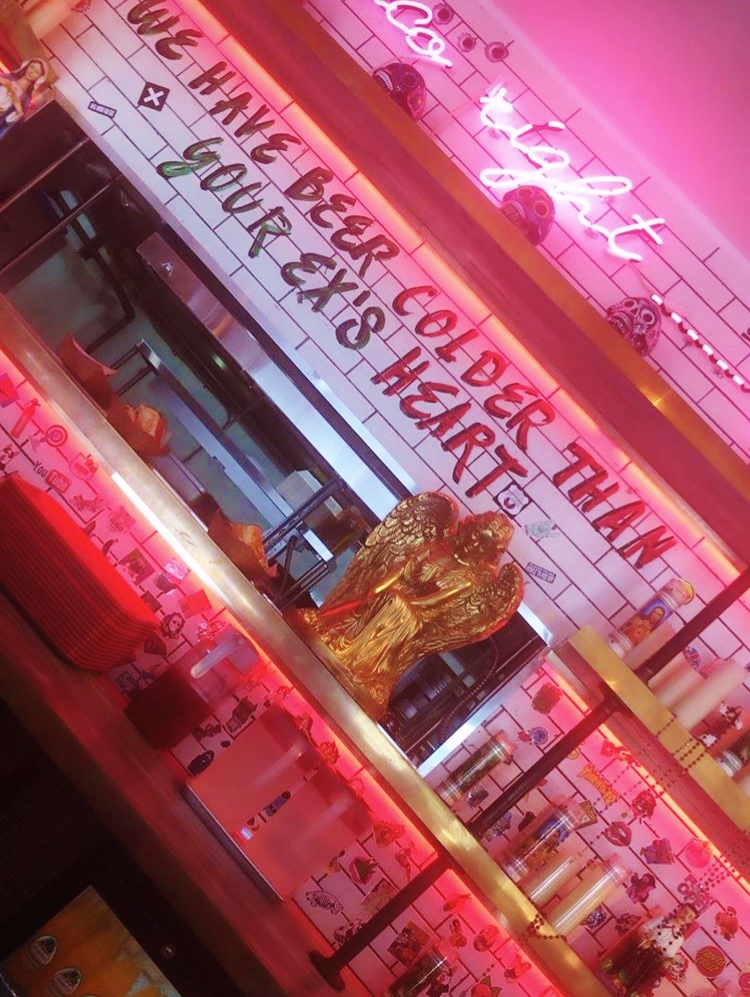 I went on vacation in Miami for a week and I loved it so much! I wanted to share some of the places I went to and some of the activities, in case someone was planning a Miami trip.

First of all, my friend and I stayed right across South Beach, on Ocean Drive. We found a airline/hotel bundle with American Airlines and Starlite Hotel. Everything in Miami is so expensive, especially the hotels, so we jumped on this deal. It was about $476 each, for a round trip and seven nights. The beach is basically right across the street, so it was perfect. Not bad at all.

We did a lot of tours, such as the Billionaire Boat Tour and Duck Tours. I think my favorite tour was the Billionaire Boat tour, because it was just so relaxing. I could care less about who owns the fancy houses, but they were so gorgeous to look at and I found it interesting that the largest house is owned by the doctor who invented Viagra! I mean out of JLo, Ricky Martin, and Shakira…wow. It was definitely a fun experience, feeling fancy on a yacht for 90 minutes.

We also did the GoMiami bus tours, the morning and evening one. They are really convenient because you can just hop on and hop off, while also learning a lot about the city. We used the GoMiami bundle for one flat price to do all the tours, which included the Everglades.

My favorite part of the trip was South Beach and Ocean Drive. I think that’s one of the most known places in Miami, and it’s always awake. Ocean Drive is a long strip of hotels, bars, and restaurants. Although you do have to keep turning down/ignoring the many restaurant employees trying to get you to eat at their place, all the lights at night make it worth it. It’s gorgeous at night, and the music and people just add to the experience. Many of the restaurants turn into clubs, and it’s really fun.

We went to a club/restaurant called Mango’s and I will definitely go back one day. It has three different rooms to dance, but the main part opens up for dance performances. There were bachata dancers, a talented girl singing some Beyonce, hip hop dancers, etc. Apparently, it goes on till 5 am! Definitely a great place if you want that Miami party vibe, but you don’t like clubs. You can just relax and watch the performers. My friend and I went on a Friday night, and the cover charge was $10 for women. They vary between $10 and $20 depending on the night or event.

We went to another club called E11even. We went on the recommendation of our Uber drivers, who all stated it’s the spot to go because it’s open 24/7 everyday. You read that correctly. So we thought, why not? When in Miami, right? Wrong. No one told us it was a strip club, so imagine our surprise after we paid $10 each to go in and we see all these topless girls. But hey, $10 is $10, we decided to stay and get our monies worth.

Around 11pm to about 1 am, is was kind of flat. Just old guys enjoying the girls, but it picked up and turned into a crazy dance club on the first floor, and it was actually really fun! If you plan to go, definitely try later rather than earlier.

We went to South Beach a lot and got our tan on. We also went to Key West during this trip, and let me just tell you guys, South Beach is 1000x better in my opinion. Key West was a let down because we couldn’t go on most of the nice, clean beaches because they had huge concrete walls up. The ones that did have beach access were dirty, and the sand was barely there.

If you’re deciding on South Beach or Key West, just do South Beach. Yes, it’s busier, but you’ll find a spot, and you can have immediate access to the water. Also, it’s much cooler, weather-wise, in Miami. I prefer having more people on the beach, so that’s a personal preference. People-watching, music, being able to dip in the water, to me that’s a good beach day. I will say, since it is a busy beach, there was some trash, but the sand is what you want, nice and deep, and the water is just perfect. I feel like any popular beach has trash, unfortunately.

Key West was much quieter, so I understand why someone might like that. But, there weren’t many food places nearby and the parking was the worst at Key West. Free parking gets taken fast and paid parking lots/garages charge $16-$32. The only thing my friend and I really liked was seeing the Ernest Hemingway house, for the sole purpose of the six-toed cats. There are 55, we only found 14. But besides that, not worth the 3 hour drive from Miami.

We also explored Little Havana, which was a wonderful burst of culture. There were a lot more restaurants than anything, but many had live music outside, so it made a nice atmosphere. The artwork was great as well. I thought Domino Park was cool, because it’s literally for people playing dominos, which is such a brown dad thing. Loved it!

We only ate at one restaurant in Little Havana, and we were on a budget as well. The restaurant was called El Santo Taqueria, it was really cool and inexpensive! It was kind of like a modern Mexican point of view on Catholicism, which was very fun to see.

The bathrooms were designed to look as though you were going to confess in Church. It had red, velvet curtains and everything. Also, the sink was super gorgeous! They have cool artwork, like Jesus drinking beer, and Luchadores line the walls. I just ordered the chicken tacos, which were super inexpensive and delicious.

We also took a walk down Espanola Way, which was absolutely gorgeous. It made us think we were in an entirely different country, the roads, buildings, the food. Definitely a cute place to walk through. The only con of it, and Miami in general, are all the restaurant employees continuously asking you to come to their restaurants, all lined up on the street. But I get it, it’s a heavy tourist area, businesses have to use that tactic.

I had a great time in Miami, and will definitely be back! The people, the food, the view, it was all welcoming and the perfect vacation! I only shared some activities because this would be way too long with everything.

If you have any questions feel free to ask! If you’ve been to Miami, did you like it?